A Swiss man's Jack Daniel's flag has been mistaken for an ISIS flag by worried neighbors.  According to this article, he was flying the Italian flag below a Jack Daniels flag in Switzerland, so naturally I have to wonder if he's related to Gino.  So for those who might be confused, this is the Jack Daniels flag. 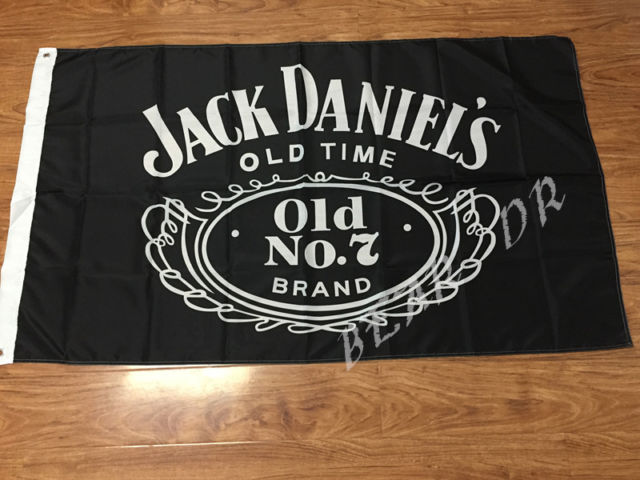 Now there seems to be some similarity to the ISIS flag, starting with large script above a circle with smaller script in it, but....I would have expected people in Switzerland to be able to recognize a western European font and realize that someone flying the flag of "Jack Daniel's" just might be a fairly unlikely Islamist.  On the light side, you'll see a lot of amusing pictures if you google "ISIS Flag".
Posted by Bike Bubba at 4:21 PM

though my father is a migrant, we never had an italy flag in our house. i purchased one somewhere, when i was about 12 or 13, and getting in on the ethnic pride/tribal identity thing young people can sometimes do... (it was a patch that i wanted my mom to sew onto my school backpack). Dad shut that down right quick. "we're Americans. why lower yourself?", or words to that effect.

as for Jack Daniels... um... i prefer more burn/bite in my bourbon. I am loudly (and rudely) on record as questioning the manhood of anybody who drinks Jack Daniels. (i call it 'F*g Daniels', just to be rude about it)LOL

Your name for Jack Daniels, and the similarity of their flag to that of ISIS, just might mean something.....or not.

Regarding the flag thing, my dad remembers a girl he had to ask out in person because her dad's phone number was unlisted--said it had something to do with dad's line of business. (nothing worked out, girl is not my mom, dad's A-OK, but I bet he treated her well if she went out with him) I wouldn't be surprised if your dad's reasoning was along the same lines--hey, let's not play with fire this way, and all that.