Word to the Spartans, er, "foolish"

Here's the latest from C.J. Mahaney regarding the sex scandal that rocked the church he once pastored, then the denomination he founded.  Mahaney is, really, behaving a lot like my alma mater by denying responsibility, but without taking a thorough look at what really went on. Obviously I'm not proud of Michigan State at this point.  H/T Jacob Denhollander, of course.


Reality here is that when sworn court testimony suggests something was, at least informally, done, then the accused doesn't simply get to say "didn't happen, neener neener, let me just do my job."  Or, perhaps more precisely, if one chooses to use that approach, don't be surprised when this happens. 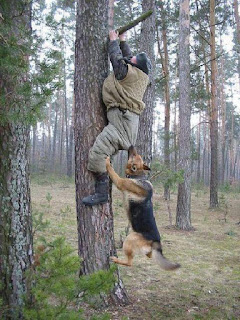 No, C.J. and S.G.M., you're not the German Shepherd, and Boz's contact information can be found right here.  Yes, it'll be expensive, but it's a whole lot cheaper than trying to sweep it under the rug.


Honestly, with the scandals at New Tribes, B.J.U., A.B.W.E., and elsewhere demonstrating the tendency--hopefully soon to be former tendency--among fundagelicals to "handle things inside" as part of our corporate D.N.A., along with the reality of horrendous abuse by secular groups like Michigan State in their Title IX "compliance", I really don't get why people argue the point.  If you go back 30-40 years, it's what almost everybody did.  Might as well admit it probably happened (especially if there's sworn testimony saying it did), change course, and watch people have responses like this.
Posted by Bike Bubba at 12:42 PM